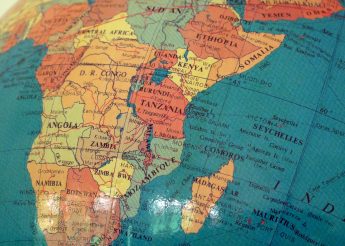 H5 Strategies Founder and CEO Marshall Comins published an editorial this morning with Romania’s most popular daily newspaper and online platform, Adevarul, on the threat that fake news poses to Nigeria and the countries of Sub-Saharan Africa.

Government officials, intellectuals, humanitarians and others who worry about society are among those condemning the tidal wave of fake news that has been engulfing the world.

Ever since bad actors started using the Internet to weaponize fake news by spreading it around the world instantly 24-7, journalists have focused on fake news’ threat to political systems.

Relatively little has been written about fake news posing a threat to our most basic right of all — the right to life. But it’s occurring in some places.

Take Nigeria, Africa’s biggest economy and — with 198 million people — its most populous country.

In the past decade, clashes have arisen between the country’s herders, who tend tens of millions of cattle, sheep, goats and other livestock, and its farmers.

A key driver is climate change. It has created more desert in northern Nigeria, where the herders have led a pastoral life, moving their stock from location to location to obtain new grass.

The herders have compensated for desertification by moving their stock further south, touching off clashes with farmers who are already on that land.

Because the confrontations have involved the two groups’ basic livelihoods, they have claimed thousands of lives, including an estimated 2,500 in 2016 alone.

There is growing evidence that fake news is increasing tension — and thus stoking deaths — between the sides.

I take this situation personally because I have lots of Nigerian friends. The Bucharest-based crisis management company that I head, H5 Strategies, is doing business in the country. We opened an Africa headquarters in the city of Abuja, Nigeria, in May.

In June of this year, three days after clashes between herders and farmers claimed 200 lives near the city of Plateau, photos appeared on the Internet purporting to show victims of the violence.

One was of a woman lying face down in a pool of blood.  The picture had nothing to do with the clashes. It was initially published in 2011 to accompany a story about domestic violence in Nigeria. But fake-news purveyors recycled it to contend it showed herder-farmer victims.

Another photo, showing half a dozen people who had supposedly died in the clashes, wasn’t even from Nigeria. It was taken in the Dominican Republic. And the victims actually died in a traffic accident.

Another piece of tension-stoking Nigerian fake news was a statement that a cattle association leader was purported to have made justifying herders’ attacks on farmers. The trouble is that he never made it.

And a warning to drivers on the Lagos-Ibadan Expressway that herders had mounted an attack along the route went viral before police were able to deny that the attack had occurred.

It is unclear who was behind this fake news — herders, farmers, a combination of both, political interests trying destabilize the country,  or someone else.

At least two lessons emerged from the despicable episode.  One was the chilling realization that fake news can stoke violence that leads to death. Another is that some purveyors of fake news don’t care if they end up with blood on their hands. In fact, it may be one of their reasons for creating it in the first place.

What’s happening in Nigeria underscores the importance of an initiative that H5 Strategies is taking against fake news. We’re opening several anti-fake-news centers in Eastern Europe — starting with Chisinau, Moldova; Bucharest; and Tirana, Albania. The lessons we learn from them may lead to us opening additional centers in the region and beyond.

The violence that fake news is stoking in Nigeria is sobering because it could happen anywhere. Most of us think of Internet-generated fake news as a developed-world phenomenon, but it’s not confined to wealthier countries or to particular continents.

With widespread cellphone use, Nigeria alone has 26 million Facebook users that fake-news purveyors can target. And fake news has struck a number of African countries besides Nigeria.

Disinformation that has been weaponized by the reach of the Internet is truly a global scourge. As the Nigeria situation shows, it not only has the power to disrupt societies, but also to snuff out life itself.