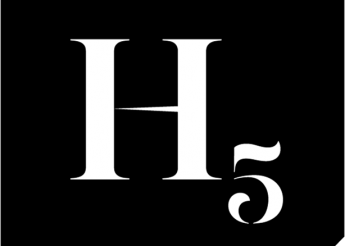 July 23, 2018 (BUCHAREST, ROMANIA): An American and Romanian crisis management and strategic communications venture has chosen Chisinau, Moldova, as the site of its first anti-fake-news center initiative in Central and Eastern Europe in coming months.

Marshall Comins’ team at Bucharest-based H5 Strategies came up with the initiative to combat what they see as a scourge that is threatening democracy: An avalanche of fake news that makes it difficult for citizens to identify the best policy options and choose the best leaders.

The second center will be in Bucharest, said Comins, who founded H5, which also has a presence in Washington, London, Brussels and Abuja, Nigeria.

H5 will not own or manage the centers. It will encourage prominent individuals, non-profits and others to open them, then support them with expert advice, donated resources and manpower, Comins said.

“People often associate fake news with politics — and a lot of fake news does involve politics,” Comins said. “But it involves many other fields as well, including social welfare, health care, education, relations between different groups in society, and many more.”

An example, Pisaroglu said, is the widely disseminated false news that vaccines can cause autism in children. “A lot of parents who have read this fake news have refused to vaccinate their kids — and some have died as a result,” he said.

One of the centers’ key tasks will be “finding innovative ways to fight the global epidemic of fake news,” Comins said.

H5’s expertise in crisis management and strategic communications should help center staff come up with anti-fake-news strategies, Comins said. The staff can then test the strategies to see what works and what doesn’t.

“We’re truly on new ground here,” Comins said. “Fake news has been around forever, but the world has never seen so much of it.”

Nor has the world seen a medium — the Internet — that a handful of skilled actors can manipulate to change the course of elections or affect policy decisions, he said.

A crucial component in successful crisis communication management is learning about the rumors and half-truths that are unfairly damaging a person’s or organization’s reputation, then countering them with the truth, Comins said. H5’s staff includes former journalists who are adept at letting the world know what’s really happening, he said.

A straightforward presentation of facts is a better way to combat reputation damage than trying to spin the truth, he added. Spinning, a staple of many crisis management firms, often backfires by creating the impression that a person whose reputation has been damaged has something to hide, he noted.

Foster, the ex-journalist, will be advising not just the Chisinau anti-fake-news center but others that open in the region under the H5 initiative. He was a journalist at the Los Angeles Times, was executive editor of Pacific Stars & Stripes, the daily newspaper for U.S. embassy and military personnel in Asia, and taught journalism in the United States, Ukraine and Kazakhstan.

Comins has spent two decades and Foster 12 years in the former Soviet Union, where much of the world’s fake news originates.

Comins hopes prominent local and regional journalists, media experts, academics and others will support the centers as well, lending additional credibility to the effort.

One way to reduce the potential harm of fake news is educating the public about what it is,  the danger it poses, and how to spot it, Comins said. He expects an educational component to be part of each center’s agenda, although the centers will have the freedom to tailor their programs to the threats in their area.

Comins said he started H5 in March of this year because he’s convinced the Romanian economy is ready to take off. Such a spurt would increase demand for the specialty communications services his company offers, he said.

H5 will serve Romanian organizations that need crisis management and strategic communications services domestically and abroad, and international clients who need assistance in Romania and the region.

It decided on a Brussels presence to help those who want to do business with the Brussels-based European Union. It chose Abuja for its Africa office because Nigeria has the continent’s biggest population and largest economy.